These rooms are clearly image. By which I mean I am not sure where I would find such a house other than in a painting. Described in a story perhaps, from another time. (…) The dwelling, then, is not merely something we inhabit, but something that inhabits us. In this sense, they are haunting. They accommodate fantasy, shelter memory. Yet these paintings are not only rooms full of subjectivity, they are also empty of it. They are materiality in their own right, meticulously painted architectural structures. Excerpt: Geraldine Tedder

Rita Siegfried (*1964) received the Aeschlimann Corti scholarship in 1996 and ‘Werkbeiträge’ from the city of Bern in 2001. Recent exhibtions include “Cantonale Berne Jura” at Kunsthalle Bern 2019, and “A Room of one’s Own” at Milieu, 2019.


Please join us for the screening of:

After a play by Wolfgang Bauer
(with English subtitles)

Fery Kaltenböcks’ avant-garde plan is the manipulation of an unknown painter’s career into an orchestrated farce, in order to expose the collusive artificiality of art market success. But reality proves to be more complicated than canvas, and the plot soon turns out to be anything but the predetermined experiment that follows the manipulator's instructions…
Stakeholders/roles have changed since, but once we were two-thirds into the movie we figured it would be a shame if this fierce and ever accurate millieu-portrait from the Viennese 1970's couldn't be enjoyed by a non-German speaking audience.

Subtitles by Lennart Schweder and Dario Wokurka, after an English
translation of the original play. 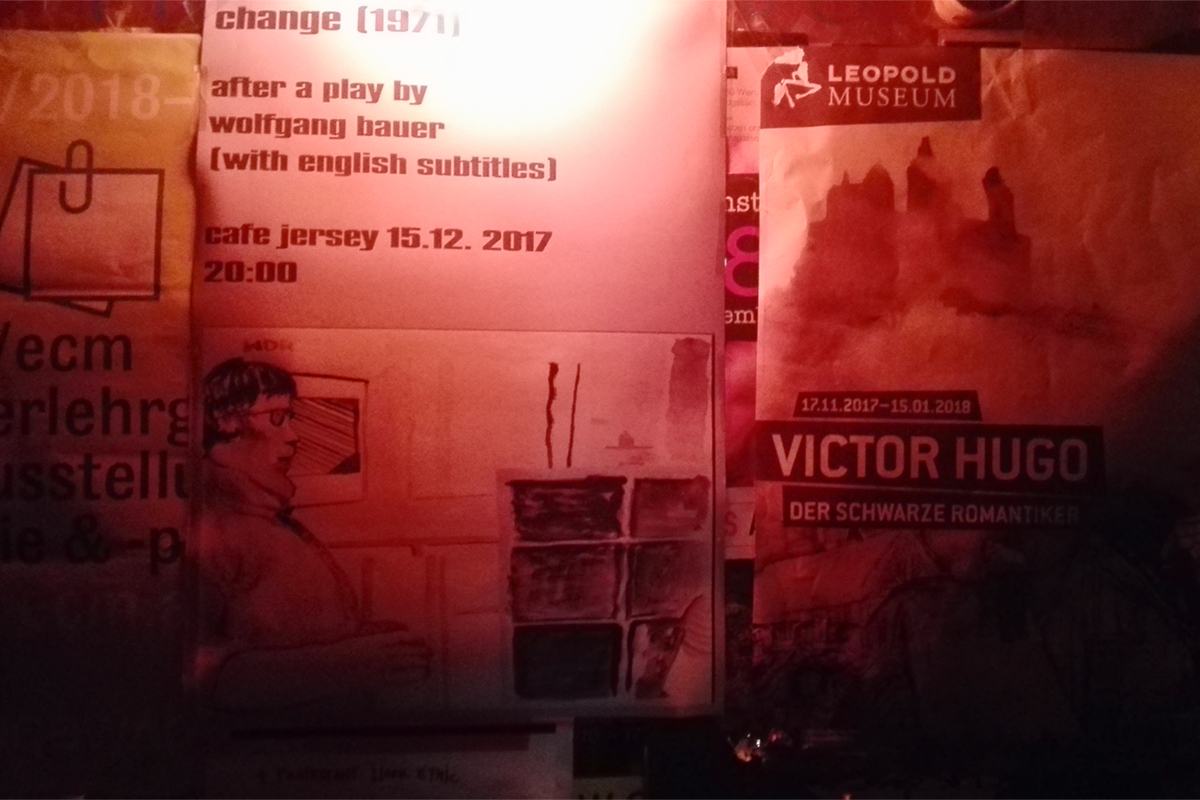 Hans Krüsi (1920 - 1995) became known as a street vendor selling self-made flower bouquets and postcard-sized paintings, and is nowadays considered a historical position in the field of self-taught art in Switzerland. The exhibition comprises works on paper and cardboard that have never been shown previously, dating from the mid seventies and eighties, as well as a series of experimental tape music and field recordings, released by the label Alga Marghen in 2008. 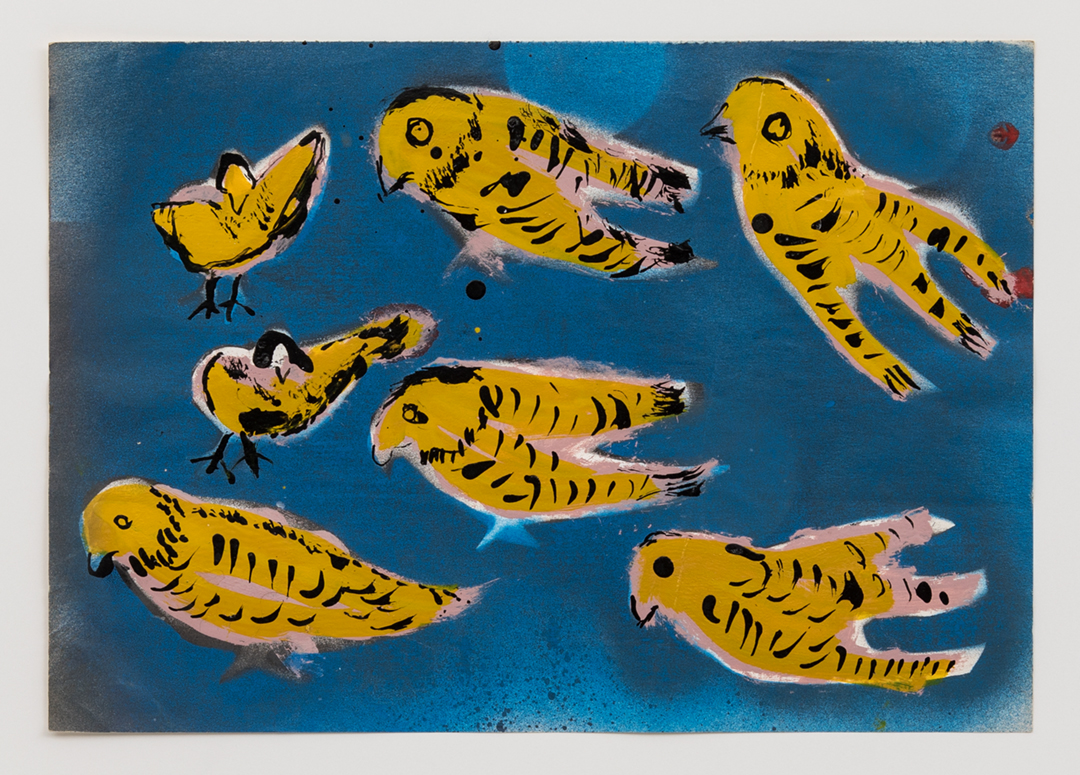